Over 10 years ago Tahir joined the Lifestyle Galaxy family in Dubai, U.A.E. Then a couple of years later Tahir came to Malaysia knowing just two people in the country and with no mastery of the local language. In those 10+ years, Tahir has built a Lifestyle Galaxy business consisting of thousands of distributors.

In addition to his Lifestyle Galaxy business, Tahir founded The Unstoppable Millionaire Academy. He has coached, trained, mentored and inspired over 100,000 people from 61 countries. Tahir reinforces and inspires his teachings from his best-selling book, “The Unstoppable Millionaire”. This book documents the secrets that made Tahir a millionaire by age twenty-seven and helped create over 100 other self-made millionaires within the next year in Dubai. These achievements have been recognized across the world with many awards including an award from the Ruler’s Office in Dubai.

One of Tahir’s greatest experiences while building his Lifestyle Galaxy business was having Logan Vadivel, CEO of Legacy Network Worldwide Sdn Bhd, as a major part of his business. Teaming up with Logan allowed the two of them to play a key role in bringing Lifestyle Galaxy to the success that it enjoys today and helping them create the lifestyle that they chose to live.

Today, Tahir is actively empowering lives throughout the world. Continuing to move forward with Lifestyle Galaxy in his Crypto Mining, while investing in himself with the new Master Influencer program, he is playing at an entirely new level, influencing millions through Social Media. This will undoubtedly help him with his many efforts to improve the world such as his participation in the movement to empower women. The influence that he exerts has been recognized in magazines such as the cover story in Entrepreneur Platform Magazine and will obviously just accelerate from this point on.

Tahir has no plans to slow down his efforts in changing the face of South East Asia with other entrepreneurs he has influenced. His leadership in multiple positive organizations, including Lifestyle Galaxy, will move South East Asia to a stronger position in the World now and in the future. 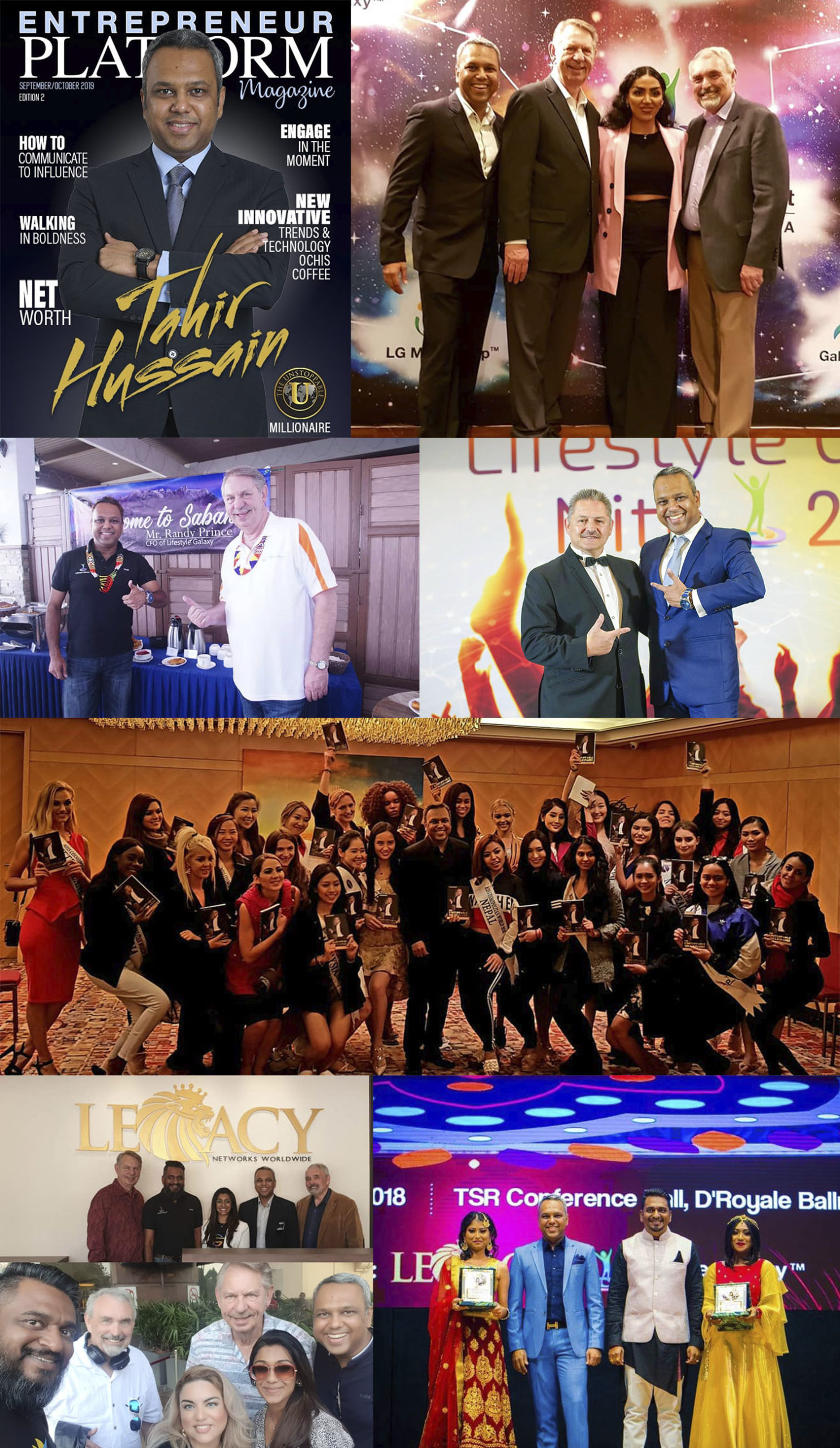